Our R –litter (Dobermann) was born in December2014 under very
unfortunate stars. According to expert veterinarian ultrasound we were
expecting to get 8 puppies. 6 were born live and were quite big (except
for one that seemed to be prematurely born) and after 2 more were born
dead I made a fatal misjudgment probably due to the ultrasound statement
and having been awake for almost 48 hours straight as 2 more were then
later on born dead at the vet clinic, luckily there was no need to
operate and the mother recuperated fast.

However only 3 males survived (2 black + 1 brown male) as 1 died
embedded by his mother, 1 was put to sleep at age 2 days due birth
defect (urinary tract improperly formed & natural bobtail which was also
kinked) and the 1 prematurely born died at the age of 2 weeks.

Because the birth was so difficult 3 out of the 4 stillborns were
obducted at the Finnish Food and Animal Safety Authority (EVIRA) and as
result could only be deduced that they had been concieved to full age
and then had died in the womb before birth due reason unknown thus
making it hard for the mother to push them out. No bacteria nor virus
was detected. On two of the three obducted puppies PDA
was detected.

Due the difficult birth I would not consider the dam again for mating.

The ownership of the dam was transferred to her placement home
after this litter as agreement in our contract (one litter in my kennelname). 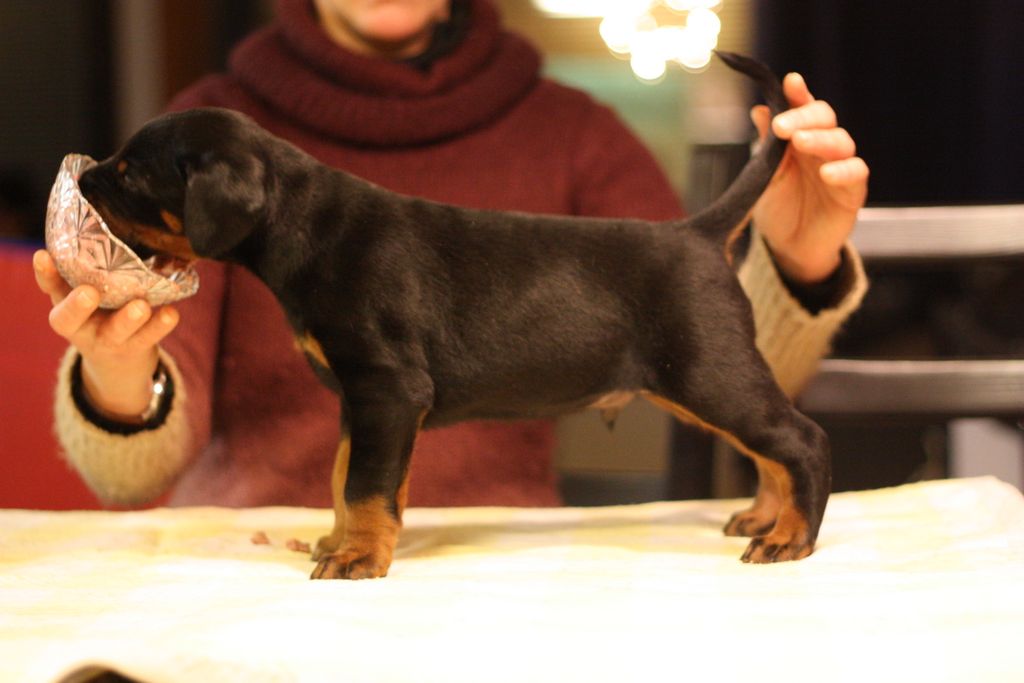 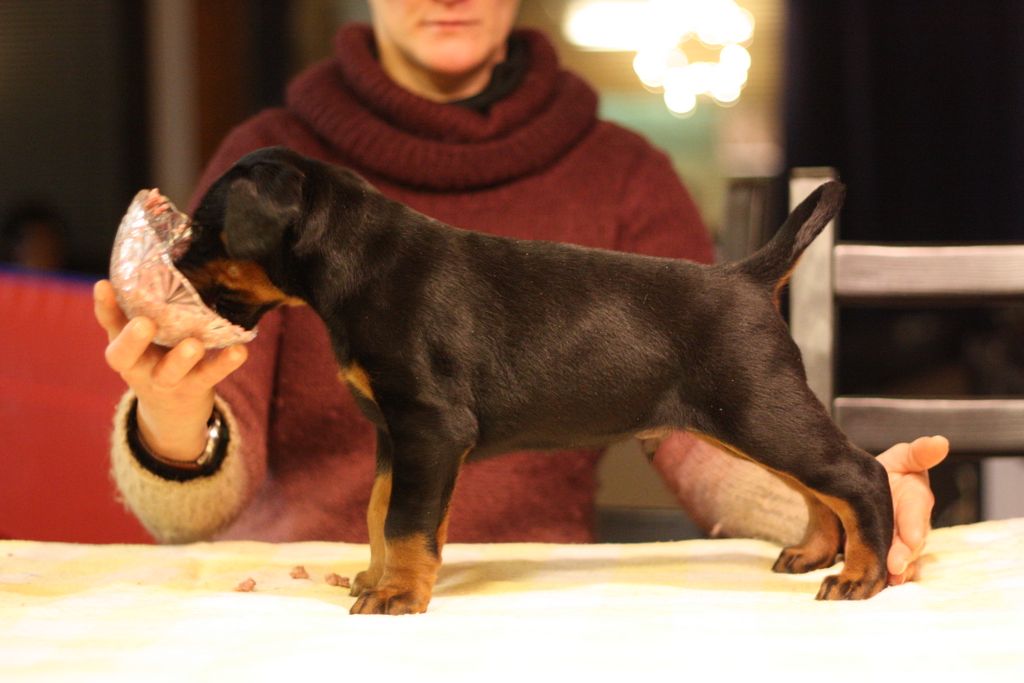 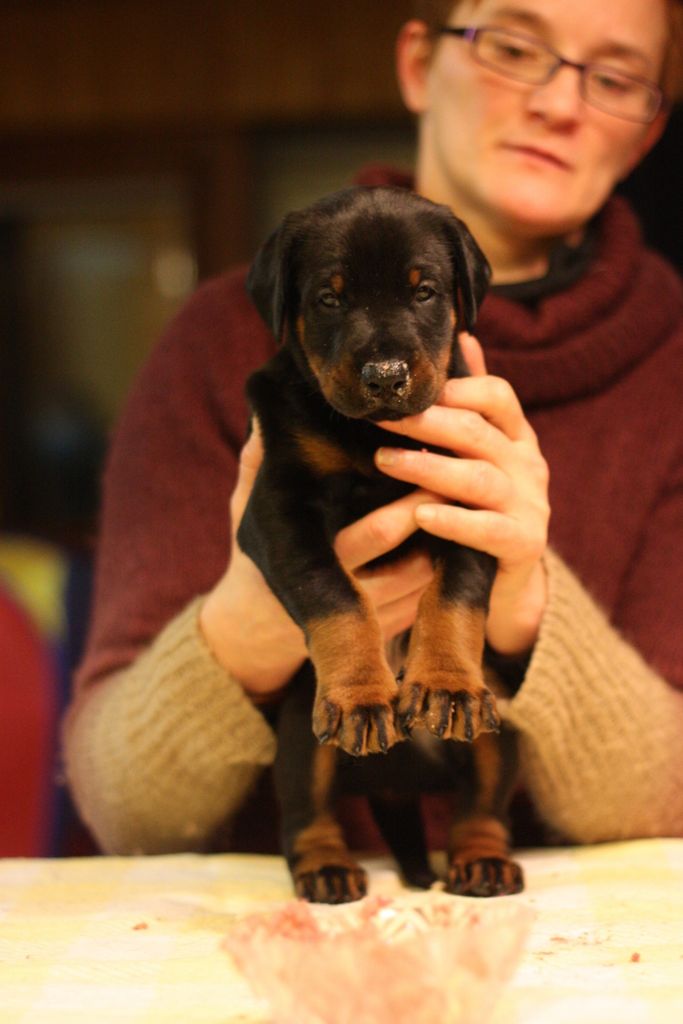 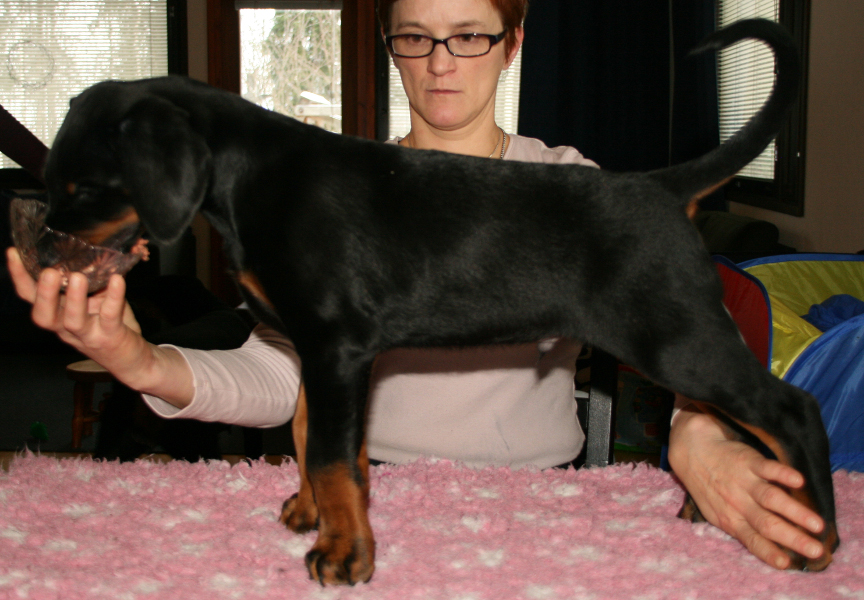 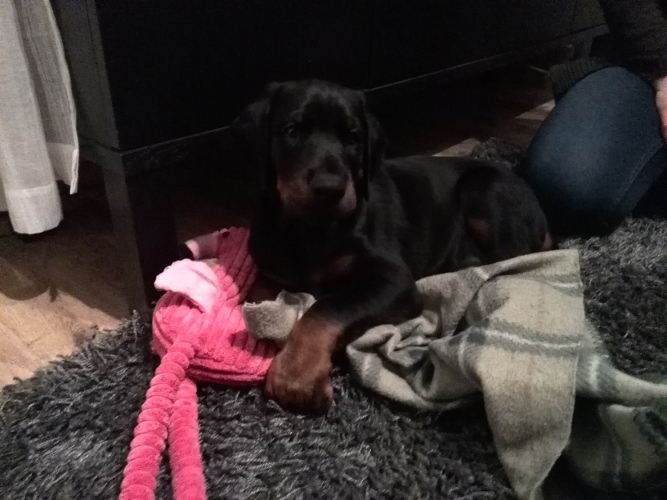 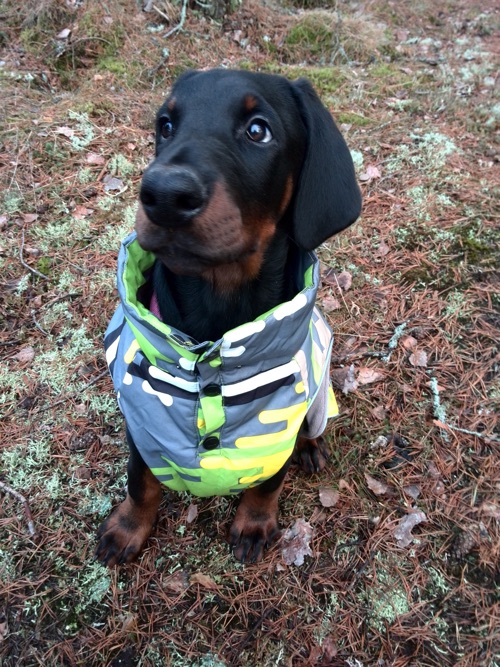 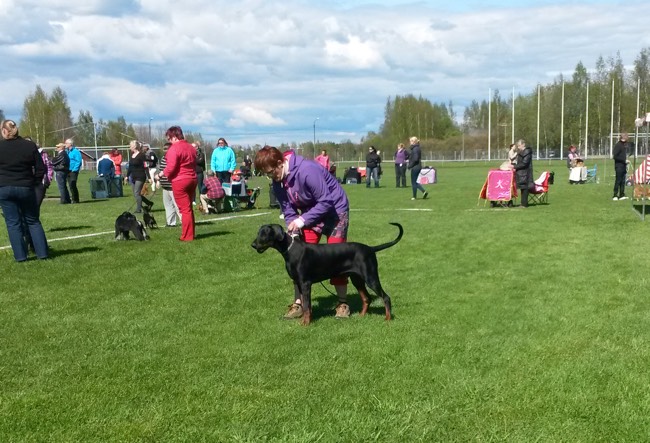 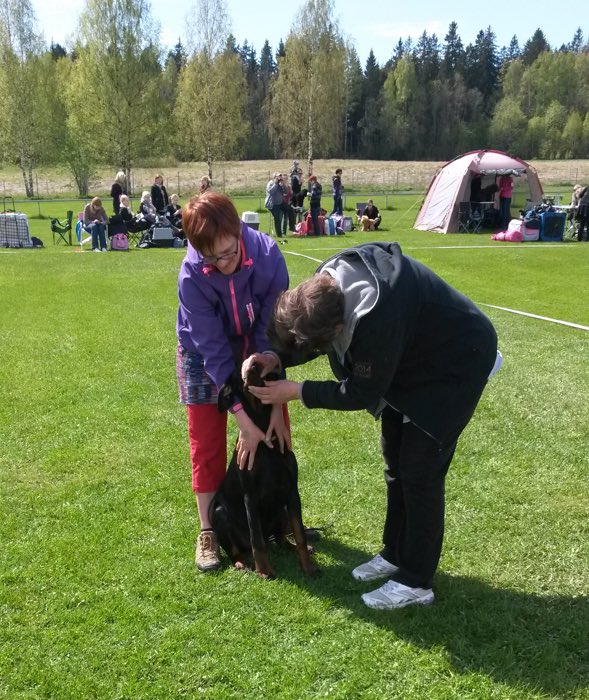 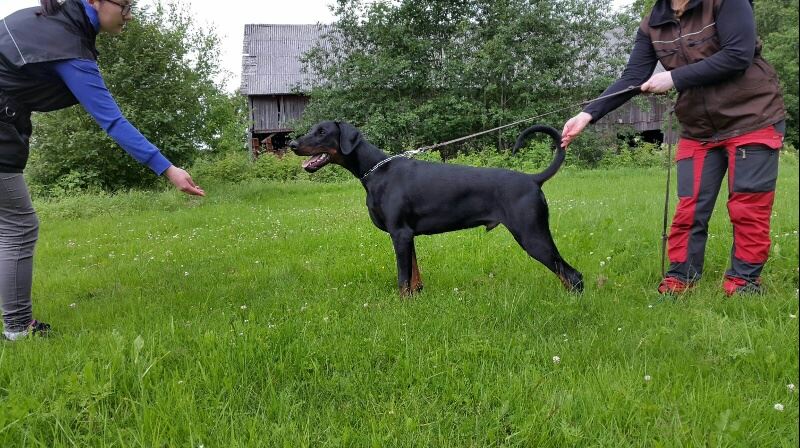 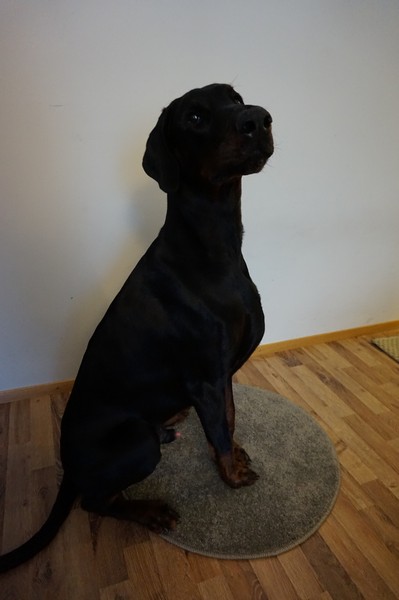 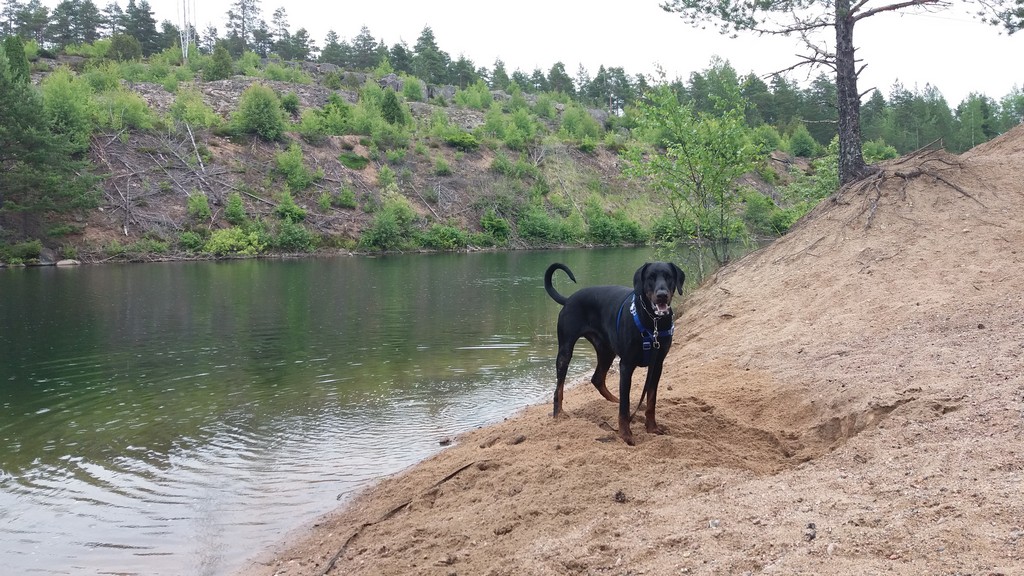 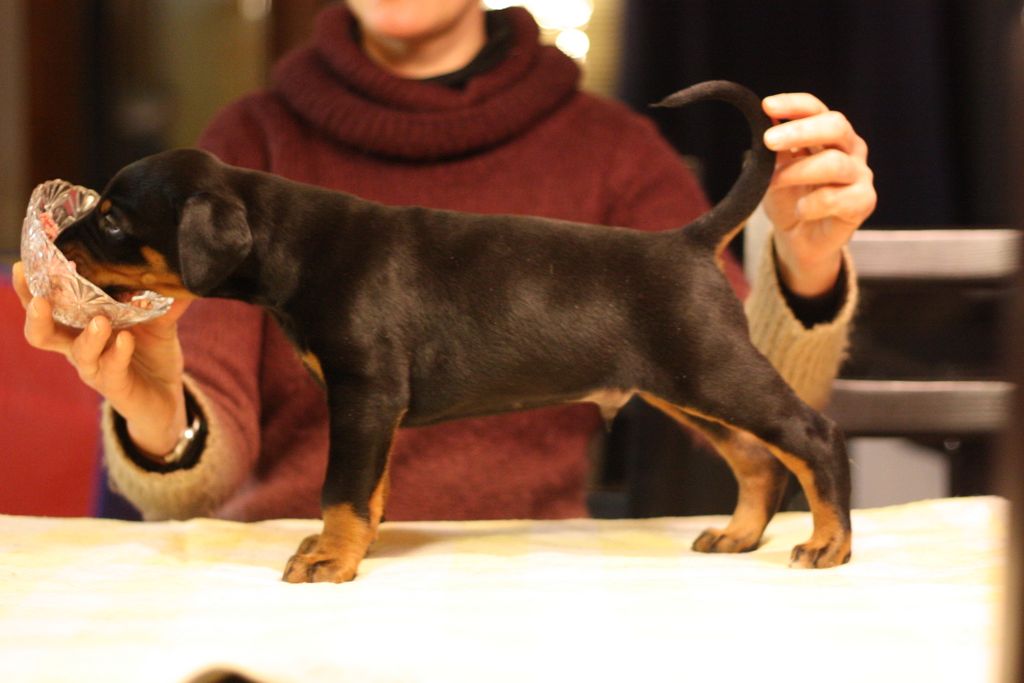 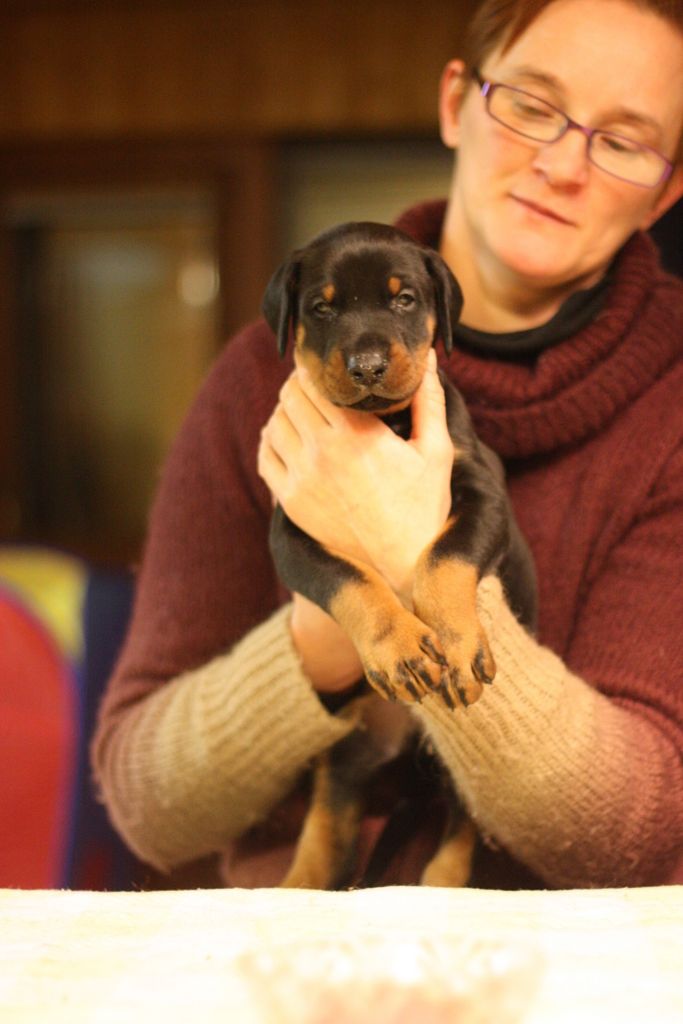 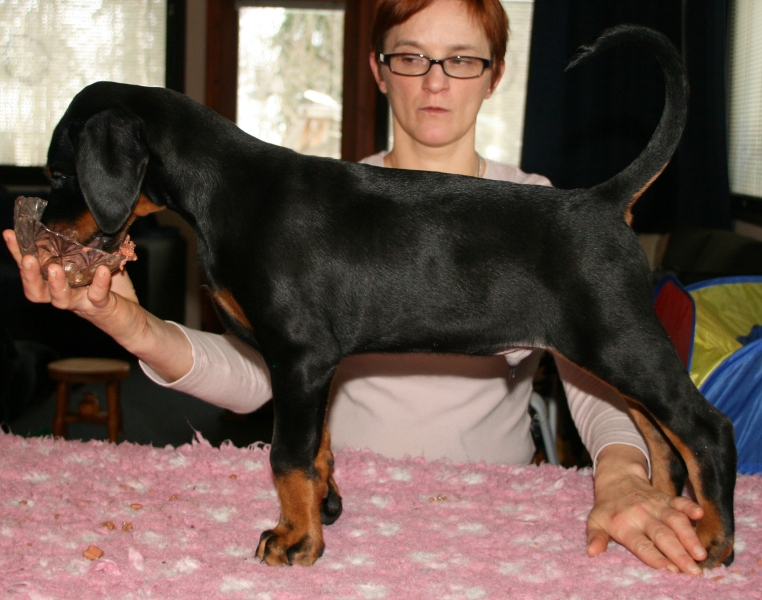 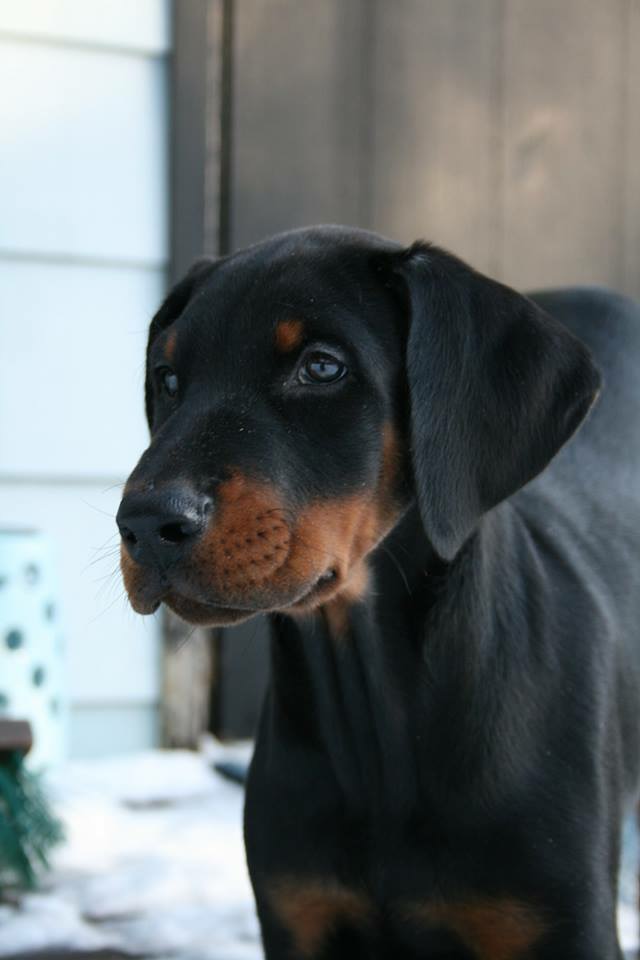 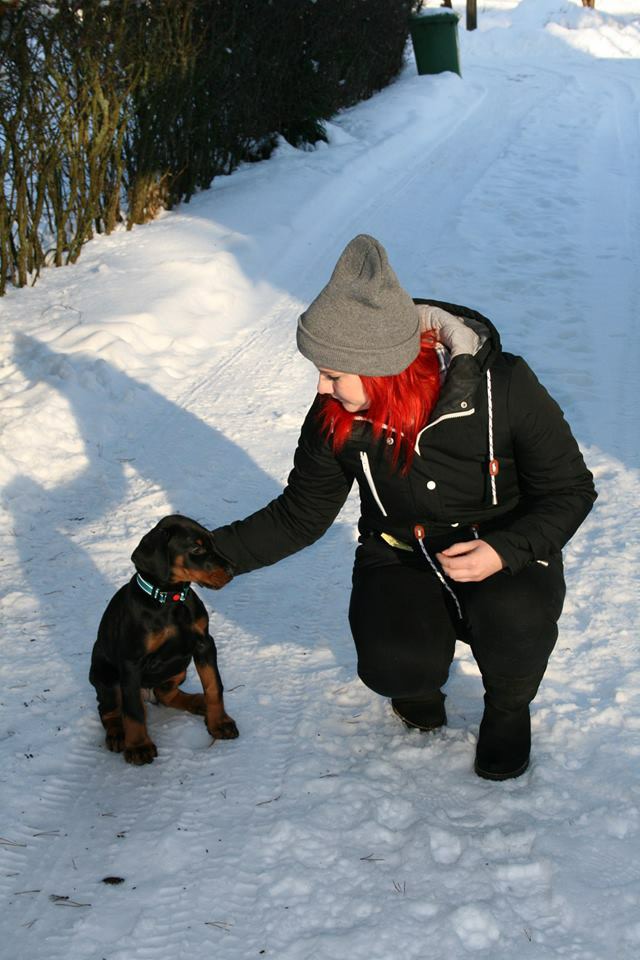 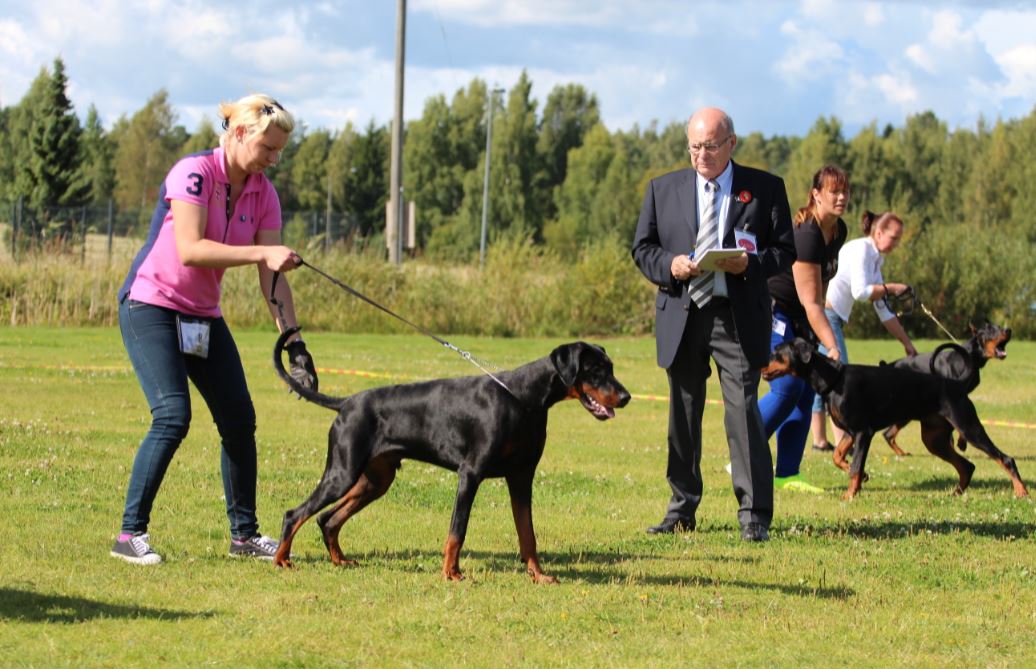 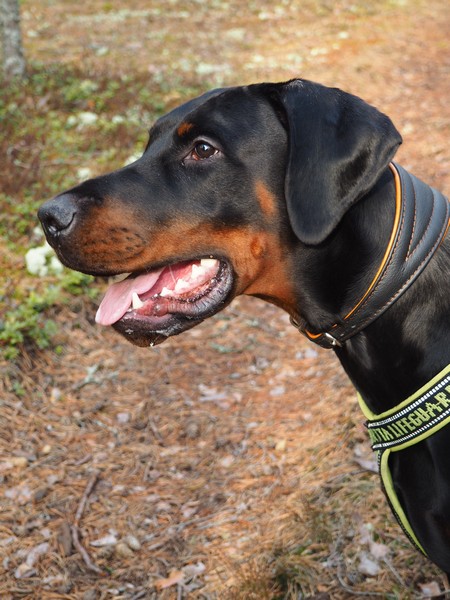 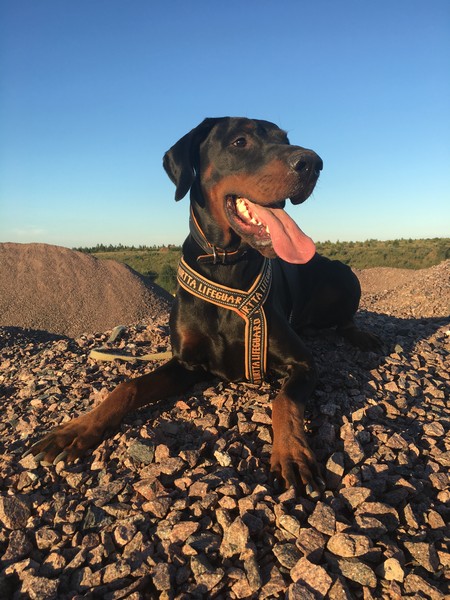 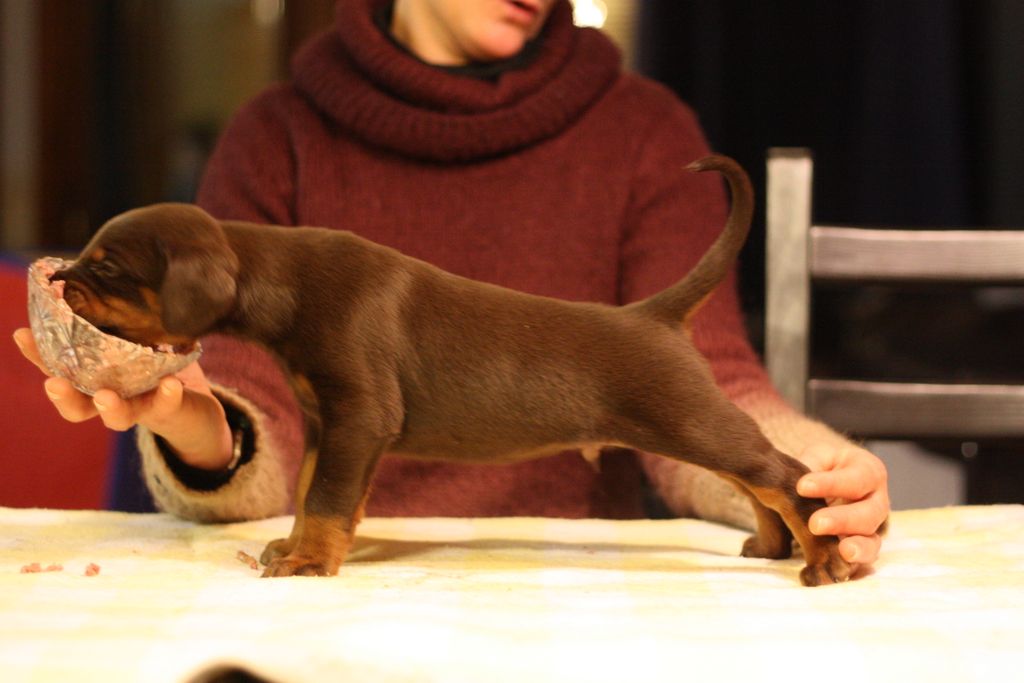 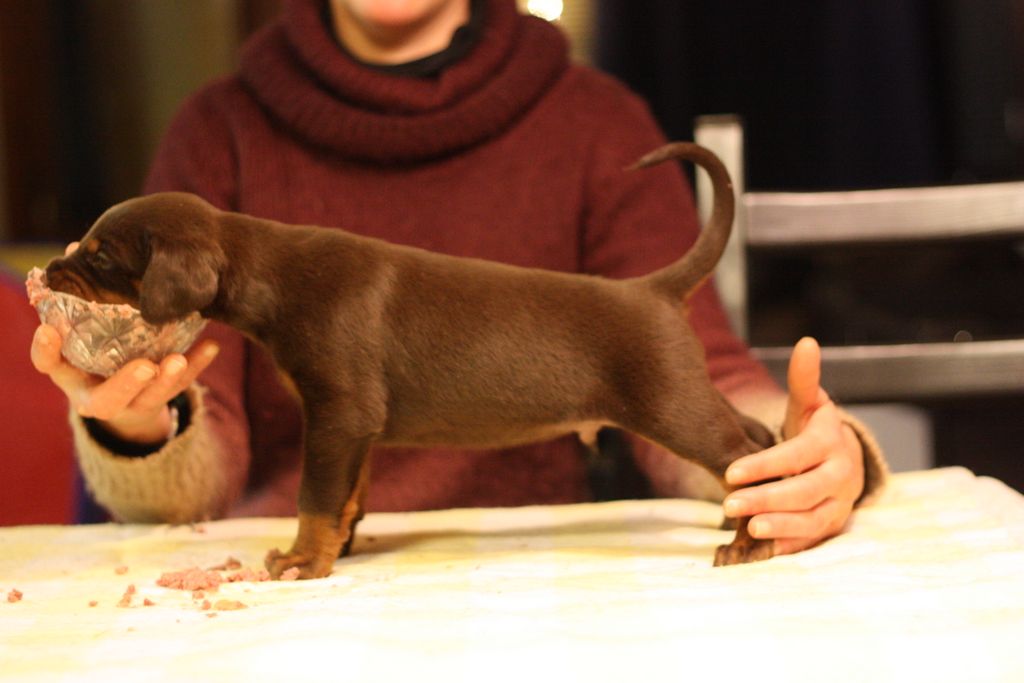 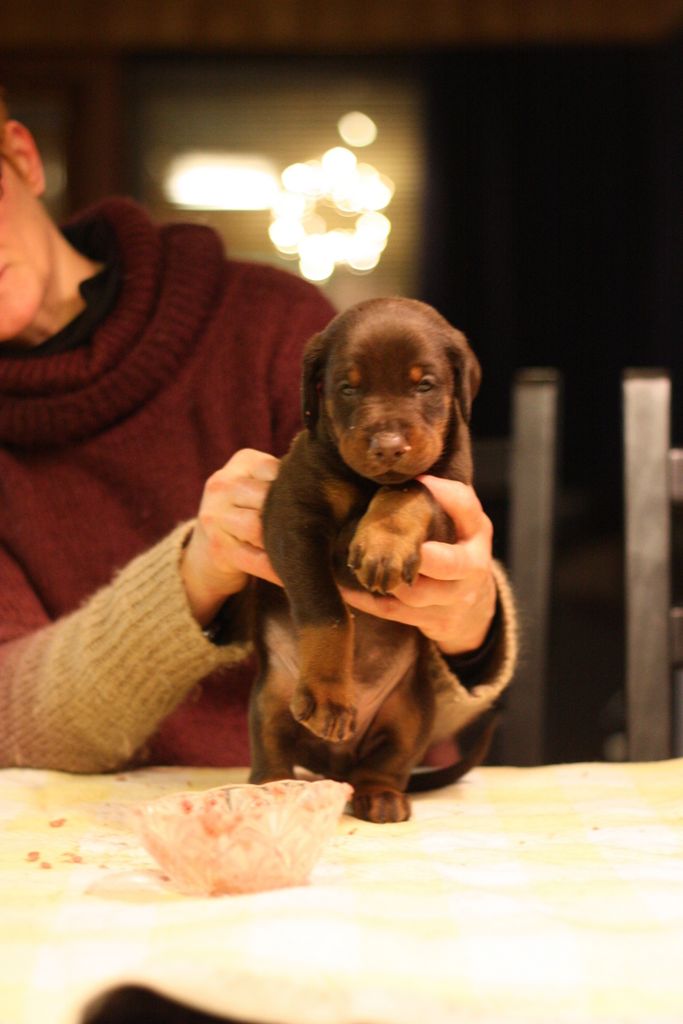 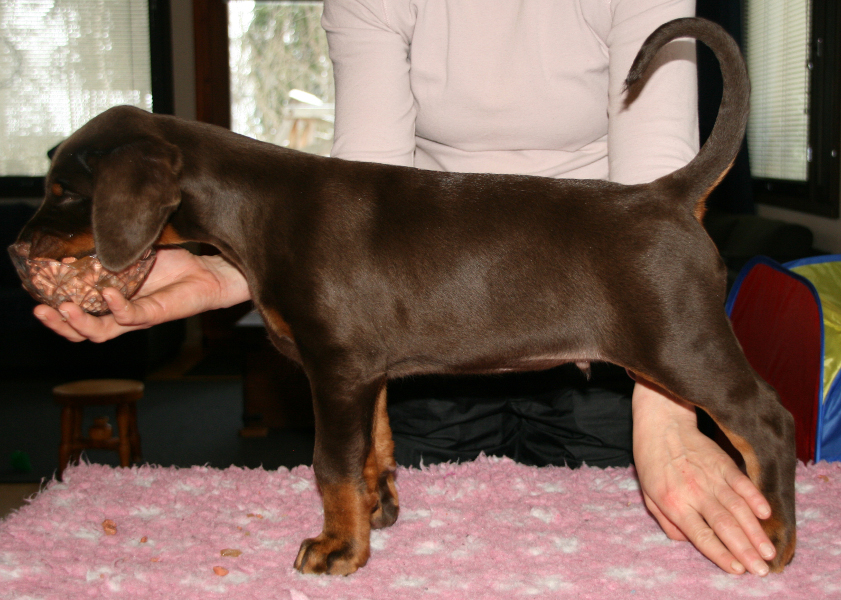 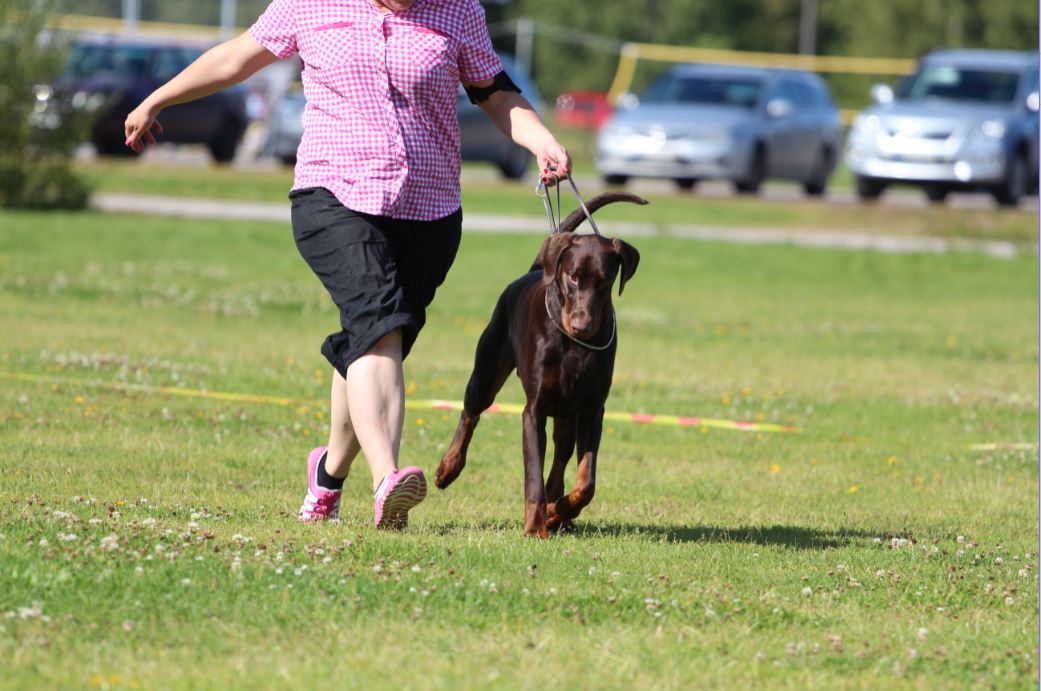 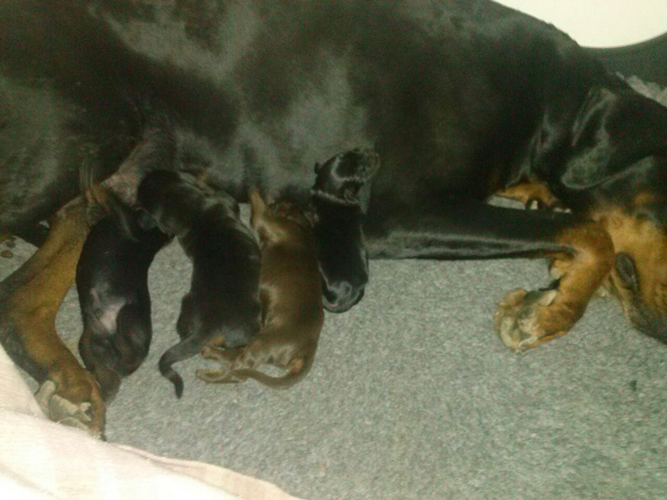 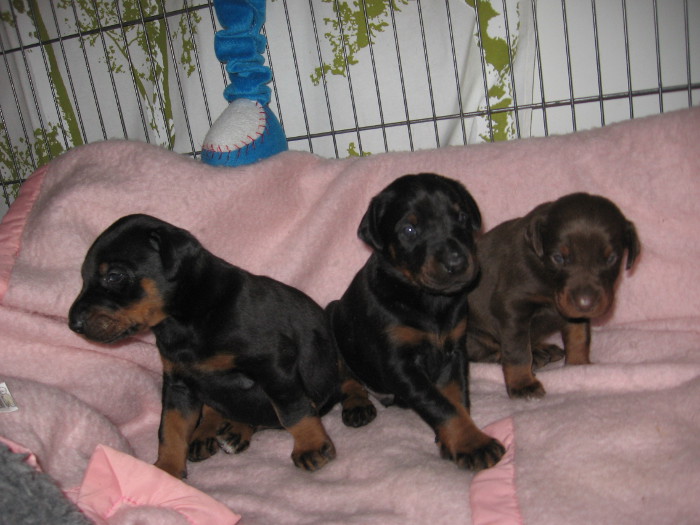 
Back to dobermann litters